TGIF, amirite? Another jam-packed weekend of events and festivities coming our way!

I first became aware of her after listening to my friend Sam Drank’s mix from the Shiba San Boat Party event. I was scrolling through his Soundcloud feed and he had reposted her mix from the boat party as well. 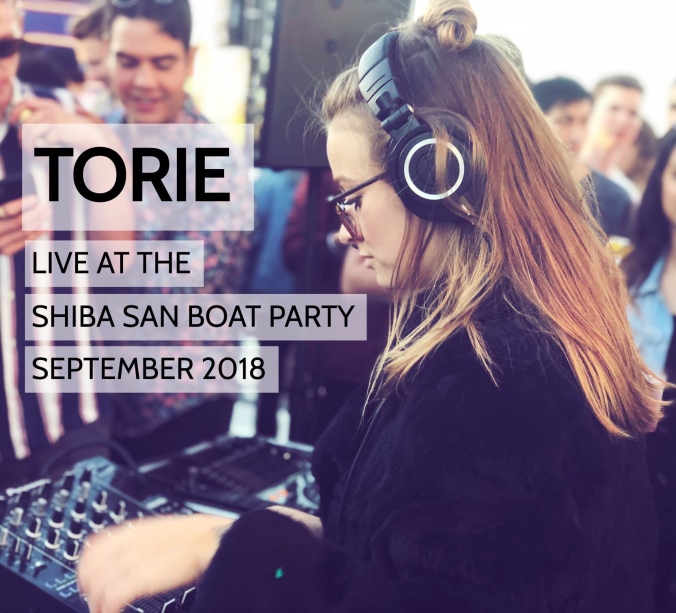 From start to finish, Torie keeps this dance-floor sensational groove going. The mix showcases a lot of technical prowess as well as her eclectic taste in music. She dropped several tracks that had me Shazam’ing and googling lyrics.

One of the reasons why I wanted to interview her was because she had completely flown under my radar and it surprised me I had no idea who she was until that point especially given her talent.

Here we are now though with an interview with lady herself!

Torie, thank you again for taking the time to do this interview with me! Let’s jump right in. What purpose does music serve for you?

Music has always been an outlet for expression and emotion in my life. I grew up traveling the world, constantly finding myself in a new place where I had to remake my home, my friends, my life. Music was the only thing that remained constant for me, and finding songs that spoke to me gave me both roots in the ground and inspiration to express myself creatively.

Where are you from? And what were you doing prior to music?

I’ve grown up across the globe, but have roots in San Francisco for the past six years. I work as a freelance social media marketer and also head up an electronic music publication, EDMTunes, as Editor-in-Chief.

How did you find yourself in this scene?

I’ve been a part of a Burning Man art car and music collective called ICARUS for many years. We’re based out of San Francisco, which is where I first found my foray into event planning and music curation. This was what brought me up close and personal to DJing. I was surrounded by many artists in our crew I admired, and I fell in love with the underground music scene we were immersed in. 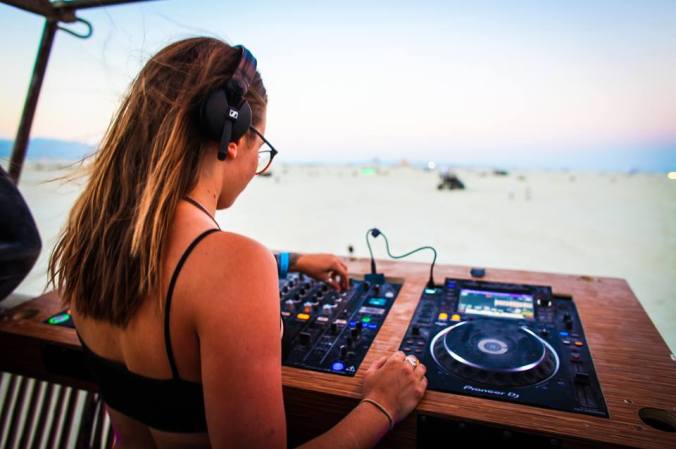 And how’d you decide on DJ/Mixing and/or Producing? Why?

A friend of mine, one of the ICARUS co-leads, is a female DJ I’ve looked up to for many years. Being a woman in such a male-dominated scene is challenging, I think, and she knew how to make herself stand out through her sound. After spending so much time watching her on the decks, she took me under her wing – and I quickly fell in love.

I’ve always been a fan of playing my favorite tracks for friends, so being a DJ felt like I had the prime opportunity to share music that spoke to me with others. 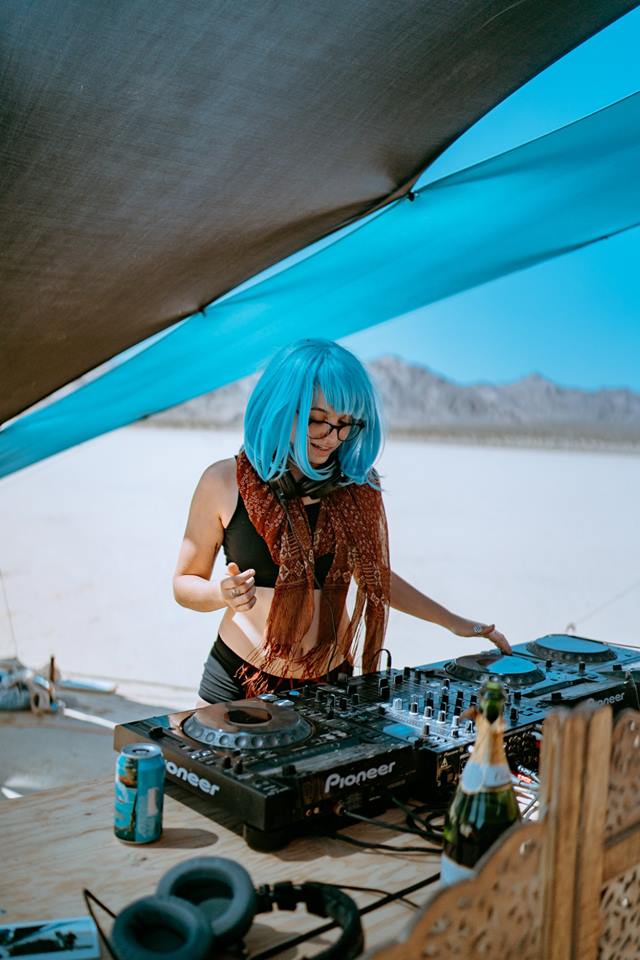 How long have you been DJ/Mixing and/or Producing?

Roughly two years DJing. I’ve only just started to teach myself how to produce, so that’s still in the works.

How’d you come up with your DJ name? Is there a reason why you decided on using your actual name as your artist name?

Well, my first name is Torie – and rather than coming up with something complicated or disconnected to myself, I wanted to keep it simple. It’s short and sweet, easy to remember and keeps me connected to who I am as an individual. I also drew much inspiration from artists like ANNA and Nina Kravitz as leading ladies in the house and techno scenes that chose similarly.

Can you tell us one of your most memorable experiences thus far?

I had an amazing opportunity to play on a boat roof deck at sundown, sailing across the San Francisco Bay a few months ago. It was an incredible view to look out on as I played some of my favorite tracks. I shared a lineup with Shiba San – one of the original artists that drew me to house music and the Dirtybird crew – and a close friend of mine, Sam Drank. The crowd’s vibe was unbelievably infectious, filled with excitement and reacting to every single song I threw down. Needless to say, it was a bit of a dream setup, and I couldn’t be more thankful to DJ Dials for booking me on that evening.

Any clubs, venues, or festivals you have played that really stuck out to you?

I love playing at Monarch in San Francisco – their downstairs space is the perfect size for an intimate affair with a bumping sound system to match.

One of the most difficult aspects about being in this scene?

I wouldn’t say that there’s anything I specifically dislike about being in the scene. Sure, it can be tiring, but it’s a grind and I love it. Plus, what doesn’t have its ups and downs? I do my best to keep an optimistic mind about the role I have the chance to play in the scene. I’m given the opportunity to play, I get the chance to prove my worth to promoters and clubs (and, hopefully, continue to grow my skills and spread my name further), I provide a place for my friends to gather and dance. 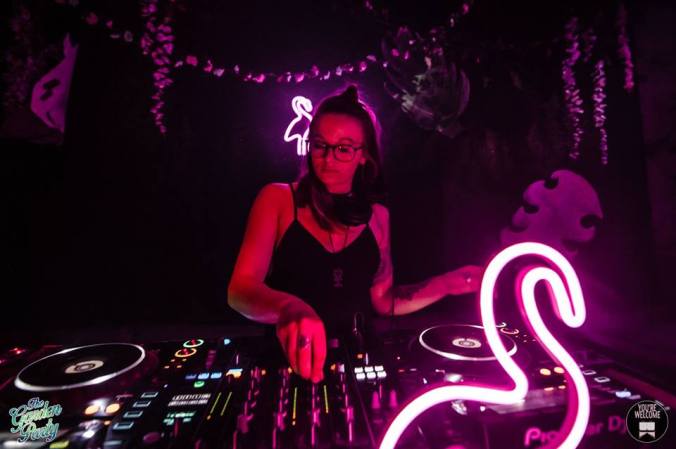 Yes, absolutely – but not in a bad way. It’s more that I listen to music much more actively now. I always laugh when I listen to a new set or song with other DJ/producer friends because we listen more specifically to the track selection by the artist and the mixes in and out of those tracks. I’m always on my toes listening to new music, keeping an ear out for music I’d love to play in my own sets. You’ll constantly find me Shazam’ing a set that I love!

Your set at the Shiba San boat party a few weeks ago really caught my attention especially because I didn’t actually feel like I missed out on anything until I heard both yours and Sam Drake’s sets. Do you have any pre-set rituals to get you in the zone? Or do you prep in any way?

Thanks! That was one of my favorite sets to play yet – I had just found some new tracks I was vibing with and was really stoked to play them to a crowd for the first time.  I try to keep it light before a set – spend time with friends and relax a bit, because I get overly nervous if I I start overthinking it. I’m a very anxious person, so I do my best not to overthink it and just roll with the punches based on how the crowd reacts.

In terms of prep, I’ve always had a rule for myself that 75% of any set needs to be new music. Abiding by this keeps me constantly looking for fresh tunes, which grows my library and lets me stay on the pulse of things. Beyond that, prep is really just what most DJs probably do – put a list of tracks together I’d love to play, load a few USBs, grab my headphones and get excited.

What kind of music do you tend to lean towards during your sets? You can get genre-specific if you’d like!

It completely depends on the event and who I’m playing with. I’m a big fan of tech and bass house – Desert Hearts, Dirtybird et all – but I also seriously love playing tribal tech, deep house here and there and, of course, some proper techno. I’d like to think I can be pretty versatile depending on the situation; it opens you up to play with more artists and let your inspiration play out in its own way. 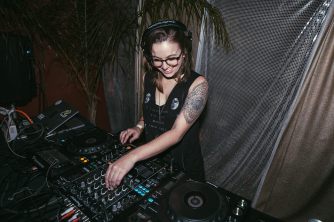 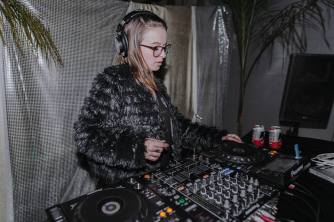 Do you have any favorite artists or tracks right now?

I could never pick one artist or one track – there are so many that I enjoy for their own respective reasons – but Seth Troxler, Nina Kravitz and the entire Desert Hearts crew have all had a significant impact in how I’ve developed my sound.

Any other upcoming Artists and/or new Tracks we should know?

I just got back from attending Amsterdam Dance Event, where I discovered two incredible acid techno DJs – they’re badass ladies on the decks, which made me love them even more – named Dr. Rubinstein and Avalon Emerson. Their technical skills were mesmerizing to watch and they brought so much love to the dance-floor when they B2Bed at Shelter on Wednesday night. They absolutely are worth some attention!

These have been two of my favorite sets to play so far:

Do you have any cool shows or projects in the future?

This fall has a bunch of bookings I’m really excited about, especially this Halloween weekend in San Francisco. I’ll be playing Dusk ‘Til Dawn at The Midway with Dusky this Saturday, October 27th with my significant other – we play in a duo that leans towards the fun, upbeat tech and bass house sound. I’m also stoked to play my first Tutu Tuesday – a San Francisco nightlife staple that’s been around for years – on Tuesday, October 30th.

Last question, how do you know of Sam Drake?

Sam and I have been friends for years – I originally met him through some scene friends and we clicked pretty quickly, especially over our love for techno. He’s a great producer, artist and event curator – he runs a music collective called Inquiry Collective that does events across California. 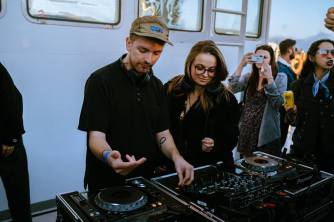 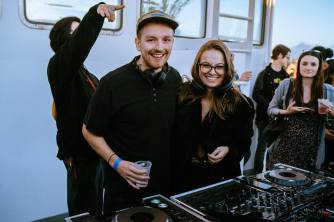 Be sure to check out Torie this weekend at one of her sets, you won’t be disappointed. Be Be sure to keep an eye on Torie as she and her friend have created a new events collective called “Dance With Haha”

Stay up to date with my posts by subscribing to my Newsletter below!