I’m so absolutely thrilled to be able to publish this behind the scenes interview with Box of Cats. This collective and label has been one of my favorites ever and I truly believe in their entire vision.

I first became acquainted with Box of Cats about a year ago via a certain Soundcloud repost by none other than Kyle Watson. That repost was Box of Cat’s 23rd release in one of their series they so cleverly named “Litterbox”. The release can be found here and it’s truly filled with gems.

At the time, I was feeling like I needed something different within the house & tech house scene and just happened to be on Soundcloud when Kyle reposted it and I became so enamored with all these new artists. I was elated and began texting some tracks to my friend’s to share and rejoice in my discovery.

Once I looked at their Soundcloud biography I quickly realized why I loved so much of the music: It was made up of some of my favorite genre-bending artists. Their bio reads “‘Box of Cats’ is the collective mind of Wongo, Jeff Doubleu, Jak Z, Kyle Watson, Tom EQ and Marc Spence“. What more could I have asked for in that moment? It was not only the music created by artists I already liked, but music that was created by artists that they liked.

I knew right then and there that this was a collective that I had to consistently keep my eyes on to discover new groundbreaking music. I try my best to stay up-to-date with Box of Cats and it has not disappointed me. They’ve exposed me to awesome artists such as Malive, Mancodex, Overthinking, Steve Darko, LOthief, MKJAY, Lucati.

Take a listen to their latest compilation series titled “Box of Trax Volume 1”.

I am very proud and happy to present to you a little bit of an in-depth look into the Box of Cats crew. I managed to get one of the cats, Tom EQ, to awake from his afternoon cat nap to chat with me.

Alright, so how on earth did Wongo, Jeff Doubleu, Jak Z, Kyle Watson, Marc Spence and yourself all come together to form Box of Cats?

We started from a mutual appreciation of each others music, releasing on the same labels, remixing each other’s tracks and dj’ing at the same parties. Most of us had releases on a label called Jack Union back in the day and we all kinda felt there was something missing from them, so we just all got together and figured we’d start a project to release vibes from ourselves and whoever we think is cool.  It’s like a social club.

What’s the story behind the name?

This was the hardest thing, we wanted something catchy and memorable, we all ended up on a conference call with the specific aim of getting some serious brainstorming done, but we ended up talking shit and telling jokes. Someone said “Box of Cats” and it was like a “yeah, that’s it!” kinda moment.

What sort of plans does Box of Cats have in store for the future that you can share with us?

Well you see we started off as a group of mates, with the aim of having a laugh, and we will continue to do so.  We want to be organic, with no pressure and just have fun working with some of our idols and give a stage to artists that are on the same wavelength. We do have our 50th release at the end of September that we are dropping for free as a thank you for all of the support we have received.

In your opinion, what is one of the most difficult aspects about being a collective/label?

Being spread around the world can be an issue time zone wise, but the worst thing is managing the release schedule. Quality control is the highest thing on our list.  Every single one of us has to approve a track for it to make it onto the label, having heavy workloads can sometimes makes it slow to review a submission and respond.

As a cat, what’s your opinion on dogs?

We love all animals.

I have been playing out that new Folly EP non-stop. There’s so much depth to both tracks and the EP just blows me away. How do you manage to find these artists?

The good thing about being a collective is that we have our own links.  Folly approached Wongo and he saw the talent, submitted the tracks to the rest of the group and we were all blown away.

Take a listen to the Folly EP below and make sure to support both him and Box of Cats by purchasing the track here.

Being a label, do you feel as though you can’t experience the music the same as you did when you were just a listener?

Not at all, we love music, this is where are hearts are.  We would hate a day to go by were we don’t have something to listen to.  Yes, we do occasionally get some stinkers sent to us, but reviewing demos’s opens us up to new music we wouldn’t normally hear.

Any upcoming Artists and/or new Tracks we should be aware of?

There’s way too many to choose from, but Mancodex is totally killing it right now, he’s got a new EP we are trying to get our hands on at the moment ;).

Also, Botnek is throwing down some serious heat right now. In addition, we are also massive fans of GAWP (but he hasn’t done an EP for us yet!).

If there is anything we can all agree on, Kyle’s new album “Into the Morning”  out on This Ain’t Bristol is just a work of art.

Check out our Soundcloud, we regularly post mixes and re-post stuff we are into.

How do cats feel about catnip? 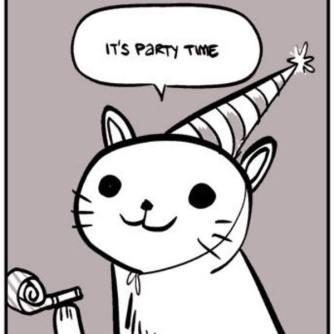 Last question, could you tell us why cats’ like boxes so much?

This could get way too deep….

Looks like it’s time to let this cat get back to his cat nap!

Thank you again to Tom EQ and Wongo of Box of Tracks for connecting with me to write this piece. At some point in the future, I would love to bring some members from Box of Cats to San Francisco and organize a label takeover at a venue.

P.S. Do yourself a favor and cop one of these super awesome nifty Box of Cats shirts! Wongo is pictured on the left absolutely slaying on the decks. 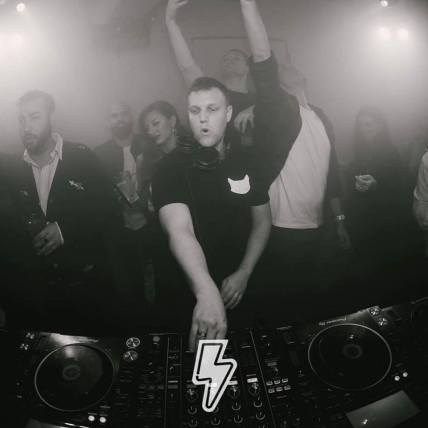 Stay Connected with Box of Cats.

Cheers everyone! I appreciate the feedback I’ve been getting from my friends, peer and people who have stumbled upon my project.