Hey everybody! I’m back with another installment to my Featured Artist series, however this time I wanted to change things up a bit. It’s not secret I love house music, but what a lot of people don’t know is that I actually still am pretty into trap, bass and other non-124 bpm related genres. And so, today I wanted to present to you an artist from a different genre and expose my readers to music they might otherwise not listen to.

Some of you may know who they are already, but in case you don’t I’d like to welcome Um..! Unlike other artists I’ve presented to you, I actually met one of the members, Ben, of Um.. before Um.. was formed. Ben and I met after a show at Boston’s House of Blues right outside the venue. It was my 19th birthday and the headliner was Nero with an opener set by Dillon Francis haha. Ben is actually a hometown native to San Francisco and oddly enough, we both went to high school not too far from each other. Dylan is from Los Angeles.

Anyway let’s just on into this interview with the two gents, shall we?

What does music mean to you? Or how does it make you feel?

If you ever get a chance to watch a movie with the music taken out of it you’ll understand how important it is.

How did you guys meet?

We were classmates at Icon Collective Production School in LA.

Ben, I remember meeting you in Boston in 2012 at a Dillon Francis & Nero show. Can you tell me how it feels to have come so far and what it’s like for both of you to be able to play all these festivals?

It’s pretty crazy to be honest. It’s hard to keep a good perspective on things when you’re actually doing it. It’s definitely not exactly how I expected it to be. Side note, I really want to play at the House of Blues in Boston where we saw Nero because I used to be a bus boy at the restaurant there when I was attending Berklee College of Music. It would be cool to come full circle on something like that.

What has been your favorite event or festival you have played thus far?

Definitely Shambhala. Not only is it a really awesome festival, but that opportunity was a huge turning point for our career.

Speaking of which, you two have both been announced on the lineup for Destructo’s new ship “Friendship”. How did that come about?

Our booking agent kills the game. Shoutout chad at UTA! We are excited for that one though. Will be a crazy experience for sure. 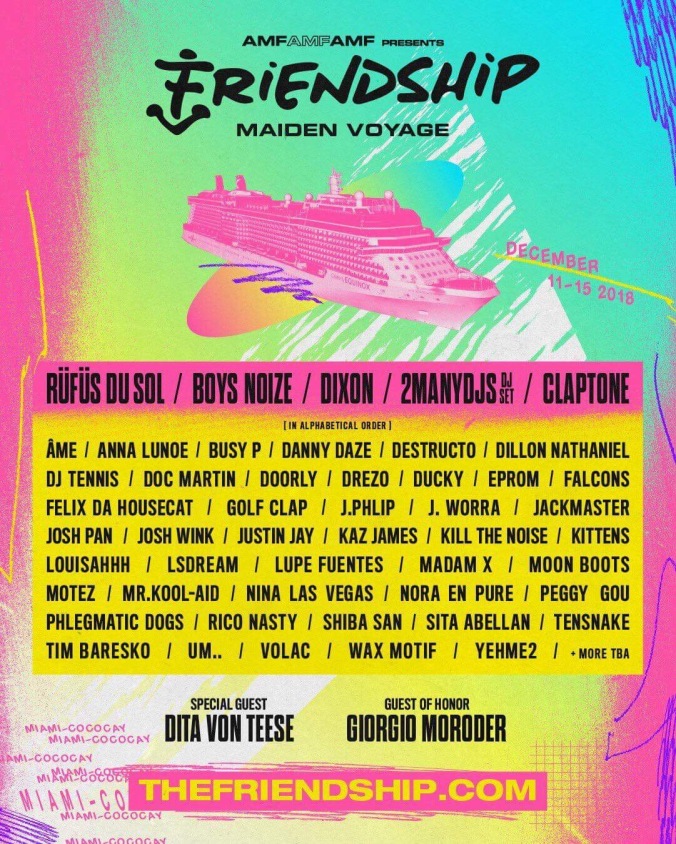 What’s one of the most difficult aspects about being in this scene?

The travel really wears on you. Getting pretty tired of not being able to sleep on planes let me tell you.

At this point in your careers do you feel like nowadays you can’t experience the music the same as you did when you were just a listener?

The project um.. spawned out of me (Ben) being tired of what was happening in the scene so I guess I’m sort of unique in that way. Though I do think electronic music is headed in a good direction now. I’m excited to see what happens with it all.

What are each of your favorite kinds of food?

How do you decide which one of you plays the first track?

We usually just make the call right before we start. We aren’t too concerned about that.

If you could collaborate with any artist of any genre, who would it be?