Damn did anyone else feel like this week went  by super fast? I’m not complaining, but I swear it was JUST Monday not too long ago haha.

Today, I’m bringing you a friend of mine named Carlos! Carlos and I met through the Bay Area DirtyBird page I moderate and we’ve seen each other at shows and other events. He’s got a knack for finding some real good tunes and all-around chill guy. We recently started hanging out more because he’s been kickin’ it with Corey a lot. Carlos had been listening to some of my mixes lately and was kind enough to offer me a slot on his radio show called “LocoLDN” that’s based in the UK.

To be perfectly honest, I was super intimidated and I had asked Corey to go b2b with me so I could have someone to get my back in case I messed up. Corey and Carlos eventually pushed me and told me to just do it and they said they believed in me so that was super sweet and I’m actually super proud of the finished product! It’ll be airing in the UK this Saturday at 2PM (6AM PST btw, but I’ll post it next Monday 😉 )

Anyway let’s jump right in on this Q&A with Carlos!

First of all, welcome! I love being able to showcase different sides of the music scene so I appreciate you doing this interview with me. Alright so the first question I love to ask is what does music mean to you?

Music makes me happy. It’s always been a part of my life ever since I was a little kid to beginning of my young raver life to where I am right now and even now to seeing the joy and happiness of seeing friends and strangers around me listening to the same genre I love at a concert or show. Every time I’m out or at a show, concert, festival, or even in front of a dj set up, you can always catch me smiling and dancing throughout my whole set and I always feel like my mind just lifts up with my body and takes control. Music just brings complete happiness to my soul that’s unexplainable unless you feel the same way as well.

Alright so where are you from? What do you do in your “regular” life?

Born and raised in the LBC aka Long Beach city just a little south of Los Angeles. Currently I am a server and bartender at a small restaurant/brewery in downtown San Francisco. Aside from the busy work life, I dj and produce music and enjoying my two kittens wrestling each other all over my apartment to keep me distracted.

Walk us through a day in the life of Carlos.

A little boring at the moment to be honest due to my work hours haha but I always wake up early in the am for work, get back home to take care of my 2 kittens before they start destroying more stuff around the house, then while they’re having their wrestling matches when I’m home; I’ll either get on my laptop or put on my headphones, and start either working on music or on my controller and just enjoy practicing and mixing.

Photo by Pixabay on Pexels.com

Photo by Skitterphoto on Pexels.com

Photo by Steve Johnson on Pexels.com

So you’ve been hosting your own radio show on LocoLDN called “The Playground”? Can you tell us what it’s about?

Of course! “The Playground” is a show that I created to pretty much show everyone what I can bring to the decks and show everyone what I love to do. Also, even though, I am the host of the show, I always have a guest to throw down a set to help someone get some exposure as well.

Photo by Breakingpic on Pexels.com

Photo by Mikes Photos on Pexels.com

How did this idea come to be? Have you always wanted to become a radio host?

The idea came from where I live. There used to be a big playground in the backyard and I even threw a couple parties there which were so much fun. I thought it was a fun (no so safe) idea to put the dj set up on the playground on top of the slide and just loved how it happened every time. Having the opportunity to have a time slot that is being aired outside of the United States is a huge opportunity for me and I took it regardless of the little to none experience to being a radio host, I decided to give it a shot and so far I been liking it ever since.

How’d you get connected with LocoLDN?

I was randomly on facebook one day and I had a friend who I would talk to about events and one day he told me that there was an invite for those who would like to have any exposure in the UK. Of course, I couldn’t say no and was introduced to LocoLDN and House Radio Digital. I started to do my research about it and began talking to the people who were running and hosting the whole website and told me if I was interested to join and be part of it that I would have to be wait for the right time for them to post up their information and signed up. You best believe I was constantly checking their pages and group pages for the information for me to sign up and luckily I was able to get a time slot.

How long have you been doing this?

For about 7 months now. Best decision I have made in a long time. It can be very fun and stressful at the same time but in the end I couldn’t be more proud of it.

So, you’re a DJ too, right? What’s your artist name? How’d you come up with it?

My artist name is “Nyctea”, pronounced “nick – tea – ah”. Funny how I always get people saying it as “nicetea” or “niktea”, I’ve heard it all. Nyctea came to me out of nowhere one day when I was at my apartment here in San Francisco and wanted to get a new dj name from what I had before (It was eternity by the way and that’s a different story). I started looking up different ways to say owl or night owl in either a different language or something that I haven’t seen before but once that name came out I decided to keep it and been using that name ever since I moved to the bay area.

If you could have any artist on your show who would it be? Why?

That’s a real tough one! There’s so many out there that I would love to have on there but I would have to say Will Clarke. He has always been a cool guy to be around, always fun seeing him at events and I would be so honored to have him throw it down! 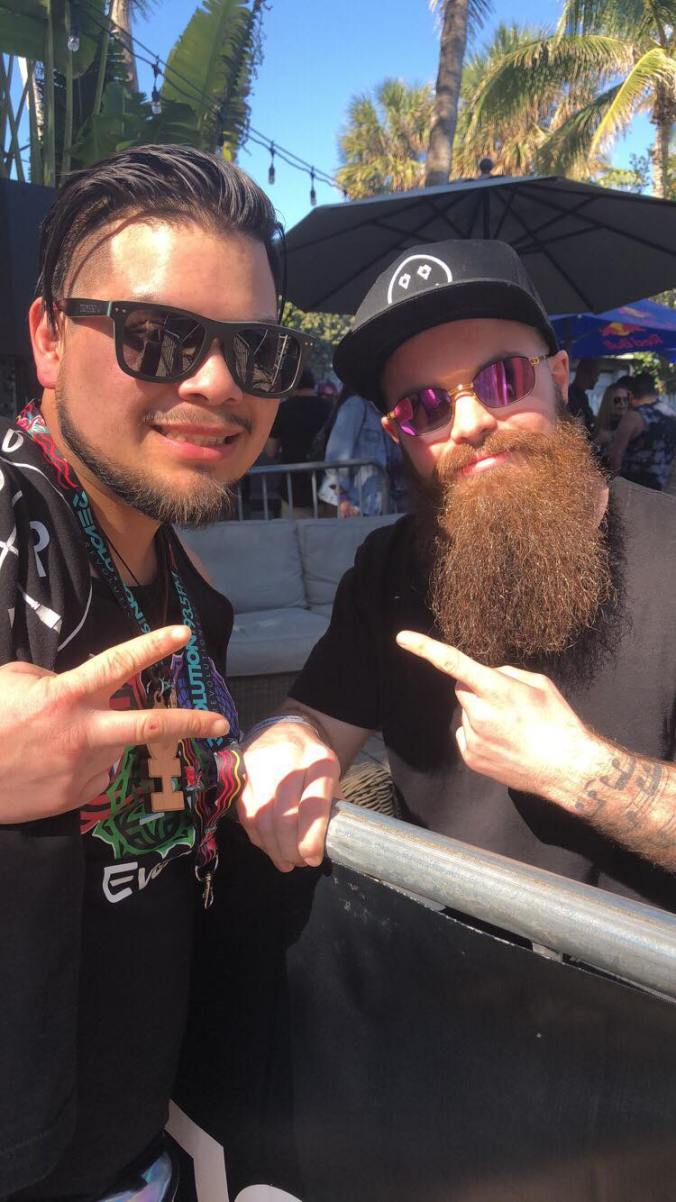 Do you have any specific artist(s) that you are consistently listening to? (Or one of your favorite artists? Serves as a way to connect the artist w/audience by showing what they are into)

Have too many to say but I would say my favorite artist would be Carl Cox. He’s the main reason what brought me to the scene and has always been a huge motivation to continue working on music.

Any upcoming Artists and/or new Tracks you’d like to shed some light on?

He’s miles away from me but I would have to give props for my good friend Angel aka “Infamouz”. Even though I love my house and techno, this guy has been getting into some dirty, heavy trap and bass music lately and I am very happy to see a friend from my home town to be moving up from what he used to be.

Stuck between Mexican and Italian.

Photo by Raduz on Pexels.com

Photo by Fancycrave.com on Pexels.com

Anything else you want to say?

I would have to say that these past 3 years living in the Bay Area has been nothing but life changing. I am very thankful and grateful for meeting everyone I have met now and became my friends. If it wasn’t for any of you, I probably wouldn’t be still working with music and being around in the scene instead of living a boring life so thank you all and hopefully you get to see me perform at any upcoming shows!

Thanks Carlos! Stay tuned for my upcoming mix on his radio show this Saturday that will air live at  2PM UK time / 6AM PST US time. Here’s the link!

Stay connected with me.